Like a few million other tech geeks and home theater aficionados, I was one of the first people to purchase a Chromecast streaming media dongle from Google back in August 2013. For those of you unfamiliar, Chromecast, which is about the size of a Rubenesque USB flash drive, plugs into your home theater audio/video receiver or TV and allows you to use your mobile devices and computers to send internet-based streaming media (like movies, music, and games) to your TV and surround sound speakers.

At $35, Chromecast is a steal. Best of all, especially for families like mine, this groovy media streamer is platform agnostic. Your iOS-based iPhones and iPads and your Android smartphones and tablets can take equal advantage. In other words, you don’t have to worry about compatibility with your existing mobile devices and computers.

Having only a few months prior installed two new home theaters in my house, Chromecast perfectly complimented a family where everyone has at least one (and typically two) personal mobile devices and there’s an average of one PC per human—but where everyone also loves to sit in front of a big display panel and enjoys surround sound through real speakers (not the crappy ones built into your TV; they’re a joke). Every family member, on nearly a daily basis, began streaming music from Pandora and Songza and video from Netflix, iTunes, and Hulu Plus (some of which we could already do using Apple’s wi-fi-based AirPlay). All from our iPod Touches, iPads, iPhones, and Nexus 7 tablets, as well as our three Windows 7 laptops and a slick little Mac Mini. If the zombie apocalypse results in a shortage of silicon, looters will surely stop at my house on their way to Silicon Valley.

Having gained so much value from such an inexpensive and fun device, Chromecast obviously was at the top of my gift giving list for the 2013 holidays. Because of its incredible ease of use, I didn’t have to worry about whether the recipient was a techie. If he or she could plug the device into an HDMI port and install apps on a smartphone, they were basically in business.

The One that Worked

I gifted two Chromecasts, one each to two different friends (one in Ohio, the other in Colorado). My friend in Ohio, a single guy with no kids, instantly fell in love with his new media streamer, using it on a 23-inch computer monitor in his dining room to watch stuff on Netflix.

Once when I visited for dinner and drinks, we watched a James Bond movie on Netflix with the volume cranked. I was amazed that a $130 computer monitor and a $35 HDMI dongle—combined with the Samsung Galaxy smartphone already in my friend’s pocket—were able to produce such stellar (and portable) results. I might never walk on the moon, but I have at least seen home entertainment and media distribution reach this point of ease and amazing affordability.

The One that Didn’t

My other friend in Colorado, a married dude with three teenage daughters, never mentioned his Chromecast. We’ve been drinking pals for twenty years, so this wasn’t interpreted as rude. But I was curious as to how he was enjoying it or if he was even using it. After all, different strokes for different folks, and many homes aren’t quite as digitally enhanced as mine and those of other tech journalists. 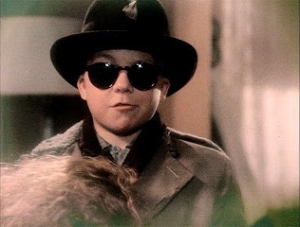 It turns out that my buddy wasn’t using his Chromecast. In fact, he hadn’t even installed it. I politely said my feelings weren’t hurt, but I was curious as to why he wasn’t. Turns out he wasn’t entirely sure what it did. Ok, fair enough. I explained the benefits, including the screen mirroring function introduced in the summer of 2014.

It was at this point in the conversation that I realized where the train jumped the tracks. A misperception on my part had resulted in me giving a strikingly inappropriate gift. However, in my defense, when considering my friend’s present, I knew he had a killer surround sound home theater (I had enjoyed big budget CGI-laden films like Transformers on it) and was a subscriber to Netflix. He also had several mobile devices floating around his house, including his daughter’s Nexus 7 tablet and five smartphones. He was perfectly outfitted to enjoy Chromecast.

Or so I thought.

Turns out his subscription to Netflix was for the disc-by-mail service, not the considerably more popular streaming option. And the role of Pandora in his life for streaming music was limited to the thousands of miles he logs on the road, in his car, as a sales dude visiting customers.

After discussing the topic for about five minutes, I realized that his family’s use of and dependence upon streaming media was 180 degrees opposite that of my house. I had truly made a poor choice by gifting my buddy in Colorado a Chromecast. It is gathering dust in a box in his basement—and probably will forever.

Simply because his family doesn’t consume streaming media. Unlike my household, they aren’t cord cutters. They subscribe to cable TV.

This will teach me to assume that a subscription to Netflix is for streaming. Even more ironic, my Colorado friend once subscribed to both the streaming side of Netflix as well as the by-mail disc service. He found that his family rarely used the streaming service, so he intelligently cancelled it. I originally subscribed to both sides of Netflix as well, but did the opposite: I nixed the disc service because the four people in my home were using only streaming (and tons of it).

Sometimes we become so entrenched in a particular digital or media consumption lifestyle that it’s difficult to understand that someone else—with a nearly identical technical infrastructure and demographic—might practice something very different. My friend’s reliance on physical discs over a broadband-based media streaming service had nothing to do with a lack of gear.

He has fast broadband, mobile devices, a killer surround sound home theater, and his family has an appetite for movies and TV shows. Unlike many, he gave streaming media a chance, and for a long time paid for a service from which he and his family gained almost no benefit, based purely on their particular lifestyle. He certainly isn’t a laggard or a Luddite. Like the rest of us, he simply doesn’t want to waste his money on products or services that provide him with little or no value.

Let’s chalk this one up to lessons learned (a $35 lesson, to be exact). But if you’re thinking of gifting someone a streaming media device for the holidays (like an Apple TV, one of those cool Roku boxes, a Chromecast, or maybe the game-friendly Amazon Fire TV), first learn if the intended recipient is even a consumer of streaming media in the first place. Just being a gadget freak, owning an iPad, or enjoying technology doesn’t necessarily mean that your gift of streaming media will be the one that keeps on giving.

One thought on “Chromecast for Christmas”